Being old is a trial… 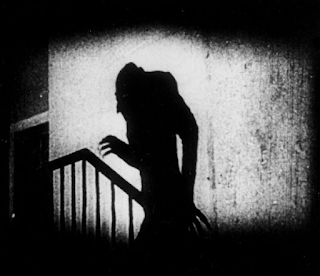 (Image: Your friendly neighbourhood economist and junior politician dropping by for some means testing…)

Quote form tagesschau.de 05.02.2019.../With his push for a basic pension of 900 euros per month, Employment Minister Heil continues to stir up debate. The Christian Democrats deplore the lack of means testing. Junior politicians and economists think the idea is unfair.

The idea of Employment Minister Hubertus Heil seems quite simple: A 900-euro pension for anyone who has been in employment for 35 years. But simple does not seem to be for everyone. And critics of the concept of a basic pension are not only among opposition and government politicians. Experts are also warning that there might be renewed inequality and soaring costs… End quote.

Well – The land of carmakers and weapons manufacturers doesn’t give a toss about its old people… It all fits within the inherent terrible logic of a meritocracy: That’s what happens when you conceive of humans as machines. Consumer fascism is based on the sick philosophy of monetising anyone and everything, until anything and everyone is eventually has a price and is at the same time worthless… In that sense, this is the consequence of an outdated and neurotic business philosophy – the ‘miracle’ is only miraculous until you can’t keep up anymore, whereupon the aged human left-overs are stuffed into a processing machinery that utilises them as ample sources of income for the medical, pharmaceutical and nursing industries.

Those at the edge can hang out under bridges and at the off-licence and drink themselves to death – adding another few euros into the coffers of the alcohol and sleeping bag industries… Intelligence and God have no place in the Universe. ‘Monetary economy’ and ‘open competition’ are simply a more subtle form of life red in tooth and claw. Ever since the wholesale slaughter of Roman times – what else is new?

If you look at it from a political economy perspective, the hypocritical model of the economic miracle is and has always been counterproductive humbug. But who cares about political economy, if AI and smartphones keep you distracted and in a wonderfully world of [glitzer]… until either the bailiff calls or the pension notice arrives in the post.

And the political sphere knows exactly what is going on… But as mentioned above: The carmakers, weapons manufacturers and digital monsters rule the world and all of its phlegm ware… Politics is nothing more than the opium for the [Volksschleim] that it represents. And the ‘people’ are happy to play along: People love their cars more than their children, to mention just one example. But they usually don’t realise that until it’s almost too late and they are on their death bed… I personally find it hard to muster any kind of sympathy. Everybody gets what he/she deserves – as long as we fail to leave our instinct-driven animal lives and our animalistic sense of competition behind…

It shouldn’t come as a surprise that the oral diarrhoea of the economists and junior politicians only spews forth short-sighted mental garbage. Not a clue about the economy, purchasing power or fairness – and taking political economy as a communist construct – they stumble through a world that their shell shocked fathers of the economic miracle generation have gambled away decades ago. In other words: Living in dystopia – happily and egomaniacally.

My dear Social Democrats, you can stick your 900 euros up your anus. Having to collect just a few (about 4,000) more empty bottles hardly makes any difference at this stage. Or you can dump your grannies and grampas into the Med, where they would drown together with a bunch of underachieving Africans. (And speaking of the loafer-wearing fascists in the CDU and FDP: Well, you know, let’s not! Things can always get worse…)

+Love your cars while you still can …

+Why has there been a de-facto ban on the teaching of history?