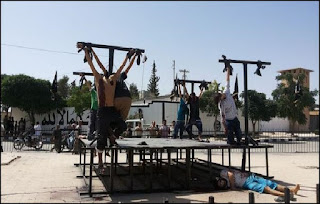 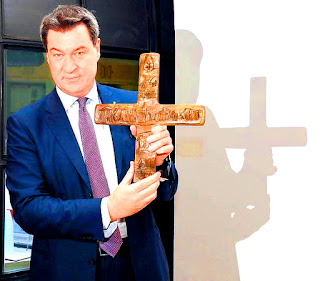 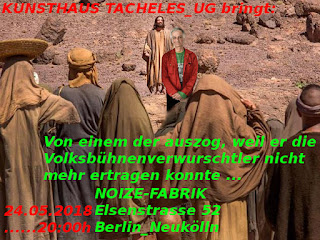 On Thursday the 24.05.2018 / 20:00H at NoizeFabrik / Berlin there will be the next edition of "In real life - KritikDesign reading". Subsequent discussion, after the hot arguments then a little music in the lower db range to the end. Polemics epistles and the unfair weighted essay of the critic design is content of this new event format of the NoizeFabrik (Elsenstrasse 52 / Neukölln-Berlin). Reading in German and English.

The pamphleteer reads two or three sentences the translator [Malte Forstat] translates into English. Taking into account the smartphone-zombie-times we all life in it will not be a miserable long reading. On 24.05.2018 two Kritikdesigns will be presented.

Take democracy further? What could be easier than that…

Take democracy further? What could be easier than that…
[translated by Malte Forstat] 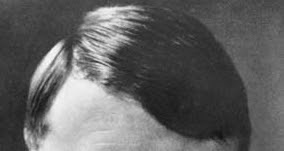 (Image: This mass-murdering hair cut also came to power in a ‘democratic’ election.)

The American people (ultimately nothing more than a bunch of Europeans from a few hundred years ago and the decedents of African slaves abducted against their will) have chosen and the result is exactly what you get when you have one of the most backward voting systems and believe that to be democracy. The Electoral College?? A pile of wild west nonsense from a bygone era.

Democracy as we know it has finally reached its limits. Conspiracy theorists, tinfoil hat wearers, retro-Nazis, religious fanatics from among both Christians and Muslims, crazy billionaires and all sorts of other scary figures are poised to tear the world to smithereens. All this happens in the name of democracy, or these days even again in the name of God or any number of other pathologies. Have we humans gone completely loopy overnight? Or are we falling for the more than obvious divisive strategies of those truly pulling the strings of world affairs behind the scenes?

Maybe. But there is another way. Even under the condition of free and globalised yet predatory markets, democracy could further evolve. That wouldn’t really be that difficult:

An initial consideration would have to be if a legislative period of 4 years is really a good idea. Maybe 6 to 8 years would be better, but with digitally supported surveys of approval. If the annual online survey results for the approval rating are below a certain – yet to be determined – threshold, the automatic result would be early elections. This would exclude an abuse of these long legislative periods.

The constitutions of the not-for-much-longer-nation states will clearly have to be updated. The idiocies from bygone ages have to be thrown out – parts of Germany’s constitution may well serves as role models.

Voting itself needs to be adapted to the technological and political circumstances of today. Dynamic voting: The voter enters the voting booth and ticks the box of his or her choice. Once he or she has chosen, a tablet computer (or similar device) displays a questionnaire with 10 questions on the manifesto of the party or candidate that was voted for. The vote is only valid with a score of 9/10 or better. Anything less than that means the voter hasn’t read or understood the manifesto and the vote is not counted. This makes populism almost impossible.

Very few people would vote for the FPÖ the Right-Wing-Idiots everywhere or the AfD (the new german nazis), if they were really familiar with their manifestos. That such a system would be to complex is not an argument. After all, what is at stake is the here and now, and that should be worth investing just a little more time. Time that there seems to be plenty of when it comes to consuming stupefying brain garbage on Facebook or any of the other antisocial Me-network-driven placebos for real social interaction.

A lottery system for political positions in parliaments: In analogy to the British bi-cameral system, it might be conceivable to create a lottery for an upper chamber. As is common practice for the putting together a jury, citizens are chosen by lot who then become members of an integral part of the legislature. They are given access to expert committees that they can consult on any proposed bills and issues that arise from them. The members of this ‘Upper House of Ordinary Citizens’ would act as a balance of power in the case of sensitive issues; they could block or pass legislation. This would bring an end to the inane and embarrassing posturing of the enraged citizens of our times.

The eternal offspring of the perverted markets 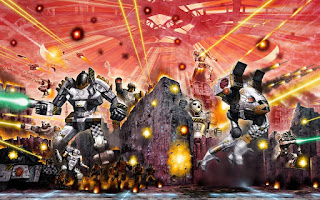 The eternal offspring of the perverted markets
[translated by Malte Forstat]

The problem is simple: These days, people insist on remaining children or adolescents. The reality of consumption fascism turns individuals into some sort of warriors of the market: shopping is a battle; consuming is labour.

The grown-ups in our society use stupidity and ignorance as both a survival strategy and an excuse. As is the case for 6 to 16 year-olds, the scope of perception is limited to the ego, which in the case of children is kept in check by the parents, who, as it were, are an integral part if the child’s ego.

For the perpetually adolescent adults, on the other hand, this counterbalance does not exist. In the oversized child consumers, their own pathologically exaggerated sense of self is the only platform for perception. The frustration about the fact that all the other children in the playground, equally trapped in perpetual infancy, don’t want to play with them results in a permanent state of unhappiness. This, in turn, is compensated by consuming even more. The supposed freedom of the markets is the foundation of all unhappiness; this false freedom uses misery as a medium for accumulation [Akkumulationsmedium].

This attention deficit disorder, which does have its biological function in the early mental development of an adolescent person, become an all-encompassing problem when applied to the world of grown-up consumer fascism. Put differently: When a 70-year-old university professor in a [Schlägerbrille] initiates criminals to commit a violent act just to satisfy his own personal feelings, no matter which ones, decent civilised society is no longer possible.

The survival of the fittest as we know it from the animal realm is thus reassigned to human society. This backwards development has been going on for millennia. Between marauding crusaders, driven by religious delusions, heading south on their way to hack people to death or murderous corporations that utilise market religious delusions to annihilate entire strata of society, there is but one difference: Today, the number of victims is much higher and the suffering that is caused can, once it has been run through the media machine, be resold to the consumer children.

The market for authentic real-life dying has never been so strong. We as human beings need to resist that if we don’t want to end up as sick and crazy children. Democracy should not be about ‘anything goes’, nor should it be a mechanism for envy that adheres to the sense of ‘as long as other people don’t have more than me’. Just as with liberty, this is first and foremost about fairness and justice, and that cannot be bought and sold, in spite of what the legal profession seems to be suggesting these days.

Why not grow up for a change? Try new ways of thinking, throw away your SUV, wash the blond dye out of your hair and just be happy. 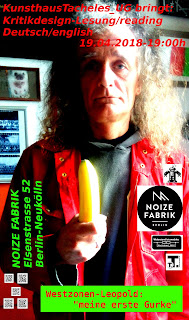 On Thursday the 19.04.2018 / 19:00H at NoizeFabrik / Berlin there will be the next edition of "In real life - KritikDesign reading". Subsequent discussion, after the hot arguments then a little music in the lower db range to the end. Polemics epistles and the unfair weighted essay of the critic design is content of this new event format of the NoizeFabrik (Elsenstrasse 52 / Neukölln-Berlin). Reading in German and English.

The pamphleteer reads two or three sentences the translator [Malte Forstat] translates into English. Taking into account the smartphone-zombie-times we all life in it will not be a miserable long reading. On 19.04.2018 two Kritikdesigns will be presented. 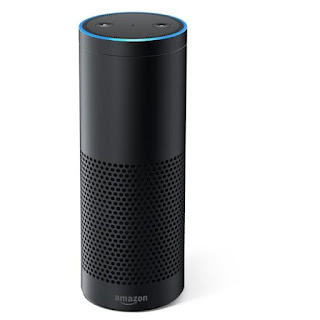