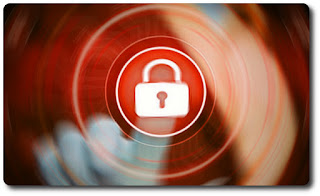 [Because of the new laws about datasecurity and the stupidity of european politicians and companys - the pichture cannot be shown now - click the old GERMAN VERSION for this picture!]
(Image: This is what the Volksbühne or what is left of urban development policy and free art as well as the acting culture senator could look like following your occupation ‘performance’...)

First of all, I respect you for your grandiose action and your admirable commitment. You have managed to bring urban development policy, the discussion about displacement, investment in the financial markets and the like back onto the political stage in Berlin.

In fact, actually on to the political stage and not to artistic stages. Your action cannot be a transmedia performance, it is profoundly political, and whether you want to accept that or not doesn't matter: We all live in times where such things cannot be controlled.

Your call for an interim directorship is very good, it remains to be hoped that Chris Dercon will have enough of a backbone to immediately take the consequences and vacate his post without continuing to draw a salary. This could also help him to salvage his reputation. But this is irrelevant: The Volksbühne am Rosa-Luxemburg-Platz will also survive the likes of Dercon and their pseudo-modern cultural management.

I had the misfortune to be present at your plenary today where I had asked to speak several times. But unfortunately your grassroots democracy does not have roots as deep as you think. I was not given permission to speak. That is why I address you in this open letter.

You have come a long way, and would now have the chance to win a great victory and make huge strides forward, but it seems that you are not aware of this fact. The offer by the cultural authorities to make the Pavilion and the Green Salon available to you free of charge to your initiative is an opportunity you will never get again. These spaces would be a great headquarters for you to promote and actively shape your concept of political participation, urban development and art in general. You could also find yourself again and accomplish great things for Berlin. But unfathomably you appear to be unwilling to take this chance, and that is a disaster. For your commitment as well as for us all as free artists in this city.

You claim to work against displacement and for cooperation, but by pushing out the staff and artists in the ensemble of the Volksbühne, you become exactly the gentrifiers you supposedly claim to oppose. And anyway, this is not a cooperative approach. You claim artistic director Dercon is incapable. This may be true, but your comments of tonight on social sculpture and transmedia art, as sorry as I am to have to write this, demonstrated the same incompetence and thereby did incalculable damage to the concepts of social sculpture and transmedia art. These are both not new. In fact, they are but old hat in the art world: Occasionally it gets polished up or is rephrased into prose fit for funding application. DADA, FLUXUS, Beuys & Co. are currently turning in their graves.

You claim to want to turn the city into a stage. This too is has been and gone. This city has long hence ‘degenerated’ into a stage for tourists, crazy self-promoters and even governmental drama under neo-feudal conditions – there is no need to make it even more dynamic now, and it would go against your intentions. Your behaviour will only help the right-wing financial-market-driven robbers who are selling off Berlin one bit at a time. You overlook the fact that your lack of solidarity with the staff and artists of the Volksbühne plays into the hands of right-wing forces, such as the ‘Liberal Democrats’, the AFD, ‘Christian Democrats’ and even social democracy in general, and can entrench phenomena such as Dercon-speak in Berlin for a long time to come.

If you were really interested in promoting art, then you need to see that the Volksbühne am Rosa-Luxemburg-Platz is a theatre that used to performed intellectual labour and worked for the arts exactly according to what you stand for, and that you will not be able to save it with an attitude that could unfortunately also be paraphrased as "Let’s save the world within 48 hours and if that doesn’t work, we go home and do something else".

What are the possible scenarios that you are facing? You accept the proposal of the cultural authorities, get to work and become very successful. The operation of the theatre can be resumed, the staff and artists are not kicked out by you and can work with all due PEACE AND QUIET. Eventually, Dercon will either leave or he will stay, all the better for you to be the ‘thorn in his side’ – there could be no better situation when it comes to your demands.

Or, on the other hand, you do not accept the offer, the political right of the city take Klaus Lederer and the entire Senate into a headlock and force Müller to evict you. Your legitimate concerns would be slandered forever as anarchic vandalism and bad art, and even us free artists would be exposed to constant defamation and worse, since we have been using the same arguments as you for decades. In the worst case, the Culture Senator would even have to resign. The invisible but clearly present ‘Coalition of AfD/FDP/CDU/BZ/Tagesspiegel’ would be delighted. You would have shot yourself in the foot and taken large parts of progressive Berlin down with you. Gentrification as its best, one might say.

The city's media are already heralding the impending eviction using petty-bourgeois Law-and-Order terminology. When you have a hundred cops outside your doors, is when it is clearly too late. Because you have no concept on how the house could be held against the legal-industrial complex, you will finally have to slink off quietly into the night.

And one more thing: Regardless of whether you have slept with Gysi, consider social sculptures to be innovative or think of transmedia productions as ground breaking, these are all completely different topics that would actually require a long time to be developed fully. This is not possible under the conditions of an occupation, fired up by a media-hype which makes it impossible for any of us to work at the Volksbühne.

Yes, Dercon must go. And yes, a cultural renewal is needed, not only in Berlin, but in the entire world. But that applies to numerous levels, millions upon millions of different cultures and spaces, many time windows in different places. Please, take custody of these two rooms by accepting what is offered to you. Turn the Pavilion and the Green Salon into the most progressive place in Berlin, but please-please don't kick us all into the gutter. A presumptuous self-displacement is destructive to all of us – this is simply not your call to make. Let's build the future together and cooperatively, and that alone will be one one hell of a lot of work.

In solidarity but also concern,

Martin L. Reiter (aka Nervous aka Gap-Man aka AtariHardCore aka NurSchrec!) (Director of the Kunsthaus Tacheles from 1999-2012)

[Because of the new laws about datasecurity and the stupidity of european politicians and companys - the pichture cannot be shown now - click the old GERMAN VERSION for this picture!]
(Image: Gentrification is not a useful term – too fuzzy – you might as well grow a pig's head and hang out on the toilet...)

For some time now, the term ‘gentrification’ has been used as a battle cry by the left, half-left, old left, neo-left and National-Social-Democratic-Light. Anyone and everyone can read into ‘displacement’ what is the hot topic of the day. This wannabe conflict gets fuelled by what is currently the fly in the ointment of your organic shopping spree.

The latest simplicity in this undifferentiated importitude is the current developments in Berlin Lichtenberg, Herzbergstrasse. A group of semi-rich people and artists have been trying to gain a foothold there for some time, of course by establishing art and exhibitions or what is considered art these days. A little bit retro, a whiff of 1968 and some handicrafts.

Why not, one might think. If it weren't for the SPD backbenchers in the district parliament. 38 years too late (29 of these as part of a pasted-together greater Berlin), the city councillor for construction is at last afraid of neo-libertarian displacement. "Freedom of manipulated markets, baby!" one is tempted to yell in her face. But you might as well bite your own tongue off. Even the Social Democrats know exactly what neo-liberal means. After all, they are one of the most compliant enablers of organised cr... sorry, ‘late capitalism’.

The party Die Linke, who are currently in charge of the department of culture, is the last political party with the remnant of an idea of what’s going on. They cannot take on the role of rubble woman either. As the scandal surrounding the gang of money laundering investors from (little) Britain in the Rigaerstrasse demonstrates, organised crime and urban development are really great bedfellows, and are provided with smoke grenades by the legal-industrial complex and in effect protected against their own will by the police.

This is not a Berlin-specific problem. Worldwide, envy- and greed-powered society is turning up the displacement ratchet to extract the last cent out of human resources. Any city between Beijing and Los Angeles is now so uniform that you want to immediately spew forth the BigMac that you had just washed down with RedBull. Let’s combine our vomit and puke in cooperation.

Dear Ms SPD City Councillor, allow the artists to continue working in the Herzbergstrasse and let your colleagues know that it is once again time for genuine politics. All you opportunistic idiots can learn a thing or two from artists, autonomists and humanely motivated small investors. Hurry now, before the criminal financial markets have you swept into the dustbin of repeating history by the AFD Nazis, just like a squeezed lemon. The Culture Senator needs to be aware that he who colludes with financial capital lefties is already dead – greetings to the National Democracy Socialists – very much the wrong way to go!

By the way, I believe that civil servants should not have private insurance, nor should they receive top pensions – too expensive/not financially viable. The AFD should be banned outright, democracy cannot be founded on ‘anything goes’. The Peter principle has been the nail in the coffin of any civilizational approach for the last 6000 years. And then there is always the all-shattering force of the crazy individual’s indignation (see Fakebook, Sinistagram and the very epistle you have just read).