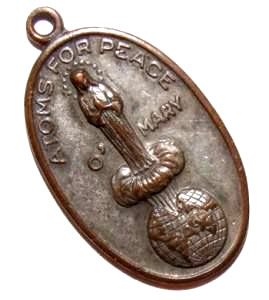 (Image: The eternal dream: Blowing up the world in the name of the Lord.)

Quote from Kim Stanley Robinson’s ANTARCTICA [Sci-Fi novel, USA, 1997, p. 599] “The problem is not caused by the values of radical ecology, but by the exploitative economy of a global system in which the tiny aristocracy of the rich overexploit the world's natural and human resources, retreating to their fortress-like mansions or islands with their booty, leaving the rest of us to survive as best we can in the ruins they have escaped from. This is twilight capitalism, this is the world in which we live and, as you say, colonialism has never ceased, this feudalism has never ceased and this has nothing, nothing at all, to do with the so-called democratic values with which the masses are lulled into. In fact, the entire military of the world is currently engaged in helping this system to victory over any group that takes the idea of democracy seriously....”

In using the term twilight capitalism, Robinson alludes to the twilight of the gods, that quasi-religious parody of the ancient Norse myth, glorified by the Schickelgruber Fascists of the third Reich: With Ragnarök, destroyer of worlds in Asgard, as the force that ultimately brings down the principle of competition at a global scale.

These days, in common parlance, and criminal parlance at that, this is known as free markets, while the full time con men are self-deluding themselves into believing that this primitive and systemic approaches are a social market economy – even though they well know that markets and freedom, not to mention social considerations, are mutually exclusive concepts.

What could have passed for Sci-Fi slush in the early nineties of the twentieth century, is now – with the collapse of neo-liberalism and the dawn of the neo-feudal machinations of large corporations at the beginning of the twenty-first century – becoming a life-destroying actuality.

Purely economic, and thus hyper-destructive, globalisation will inevitably result in social imbalances that will make all human catastrophes we have witnessed so far seem like a sunny Sunday stroll in the park.

Perhaps the most acute examples are on the one hand the military industrial complex with its endless war mongering against so-called terrorism, which is in fact just instrumentalised as a marketing tool, and on the other hand the current wholesale movement of people that manifests itself as either mass tourism or refugee crises.

Mass tourism as a massive polluter and cultural simulation that it contributing to global warming and refugees as a result of the “war for the sake of consumption war" in the name of the growth religion, which is really an earth-encompassing fact of diminishing life.

This destroys old, outdated and undoubtedly false worldviews as well as natural resources and achievements of civilisation. A cave man and Stone Age civilisation that has lasted over six thousand years caught up in the intoxication of consumer fascism fuelled by fossil energy sources.

A further symptom of consumer fascism and the twilight delusion is the rapid demise of democratic ideas following the presumed end of the Cold War. In the allegedly democratic regions of the world, the mentally disturbed and criminal-minded assert themselves as representatives of the people.

The electorate actually chooses its own – proverbial – butchers, against its very own interests. Kurt Tucholsky is once again spinning in his grave. The Mad President or the vintage fascists in Poland/Hungary/Austria today demonstrate how the nation state is descending into a corporately-driven global consumer totalitarianism.

The political representatives are only Valium for the people. But neither are the decisions being made in global conspiracies – just dictated by a mechanics or religious worship of the supposed market forces. Humans are only partly what is lubricating the big machine; the auto-response software in the stock market are now more important.

When expressed pessimistically or more aptly ‘after post-modernity’, we have already extinguished ourselves as how intelligent a species we might ever have ever been. Optimistically, i.e. beyond post-post-modernity, we are all on the verge of a new beginning.

The big question is whether we will actually be heading towards new developments, thereby outgrowing consumer fascism or not? We will get answers to these questions in the coming decades. Student crusades against their parents' ideologies of wastefulness and extinction as well as non-viable and borderline demented politicians in nation-state constructs that have become irrelevant, give reasons to hope for a future that is wiser, more progressive and more worth living in.

Perhaps it is time to take the sentence “Wage labour is desecration and consumption for the sake of growth causes destruction” and paste it into the murderously Christian album of Liberals and Conservatives alike.

+Faithfully considered, ‘Religio-’ is the greatest con of all.

+Being old is a trial…

+Love your cars while you still can …