Solimail against the violence used by private security occupying TACHELES 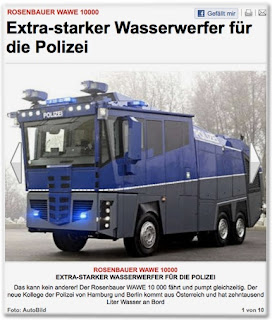 
Solimail in favour of Tacheles and against private security occupying TACHELES - STOP LEGALIZED VIOLENCE AGAINST ARTS FREEDOM IN BERLIN!!!

Scroll down to see the video that shows the violence perpetrated during the attempted eviction of the cultural center by lawyers Schwemer, Titz und Tötter and more specifically Schultz and Seldeneck on behalf of HSH Nordbank and its investors.

THIS VIDEO clearly shows the violent attack of one of the security men, starting from 3:41 (slow motion).

Privaty security have been violent to Tacheles’ artists and Berlin citizens and they have done that while being paid by HSH Nordbank and its investors.

The bank and its investors haven’t hesitate to hire a private security staff, blatantly belonging to extreme right environment, and these people have used violence against Berlin citizens, tourists visiting the city and Tacheles’ artists. All this has been documented through dozens of video recordings and thousands of photos that have been posted and published in blogs pages and social networks.

Presently these violent and provocative acts are still going on with these people insulting and burning Tacheles’ posters: all this damages Berlin image and reputation. They are henchmen of HSH Nordbank and its investors, as well as of lawyers Schwemer, Titz und Totter, Schultz and Seldeneck. They must immediately leave the Tacheles Gallery!!!

Lawyers have not only let law to be infringed, but they have also undermined the integrity of the State of Right in general. They have done so committing offenses and wasting millions of Euros through the pointless corruption of those in the building who were running the catering service of Tacheles (April 2011) and through the payment of exaggeratedly high fees for the private security staff (according to the Tacheles information service: 1800 € per week for 4 agents). This money were used to pay their “service” to people clearly inclined to violent behavior and to pay the building of fences and walls which have nothing to envy to the iron curtain.

The besiege action on 22nd March 2012 was stopped and declared illegal following a temporary order issued by Berlin Court on 23rd March 2012. Future developments of the legal issues relating to Tacheles and the attempt carried on by HSH Nordbank and its investors – or more precisely by their lawyers – to evict the artists represents a trespass to property possession and therefore it is a legal offense.

These lawyers have showed their inability to cover the role that their profession entitles them for. The private security staff, hired by the bank and who so many times has already showed violent attitudes, must abandon the Kunsthaus Tacheles. Send protest emails to those responsible and to politicians. The bank and Justice cannot allow this anymore.

Express your indignation to whom it may concern….
Send your solimails to the following addresses and help saving the Tacheles:

Here you find a good sample for your solimail text, in the past, also in the most hard times, YOUR SOLIMAILS HAVE ALWAYS SAVED US – KEEP ON SUPPORTING US; ONLY A REAL PARTICIPATION WILL MAKE THINGS CHANGE.

With the violent temporary closure of Tacheles (Mitte, Berlin) privat security staff, as well as investor Anno August Jagdfeld and HSH Nordbank, have attacked the integrity of the State of Right. And they did so by doing legal offences and wasting millions of Euros in line items such as the pointless corruption of those running the catering service of Tachels (April 2011) and exaggeratedly high fees paid to private security staff (according to the Tacheles information service: 1800 € per week for 4 agents). This money was used to pay their “service” to people clearly inclined to violent behavior.

I ask you to do all you can to immediately dismiss Schwemer, Titz und Totter, Schultz and Seldeneck from their appointment in relation to the sale of Tacheles.

I additionally ask you that violent private security staff should immediately leave the building.

Moreover, I ask you to set up a commission to find a solution the Tacheles issue.

Hope to receive your prompt answer.